Five years ago, I was in Hong Kong, looking for something that a maritime archaeologist might do in a city whose business is finance.

I went to the Peak, the Maritime Museum, and the Coastal Defence Museum. I did all the meets and greets. Then, when meeting a colleague at CityU, the City University of Hong Kong, I stumbled upon a new media art exhibition. Called Rebuilding the Tóngān Ships, this museum without walls reinterpreted the rise and fall of one of Qīng China’s most significant maritime mainstay, the Tóngān ship. To this day, the exhibition remains by far the best one I have ever been to.

The Tóngān ships (同安船 in Chinese) were large sailing vessels constructed in the city of Tóngān in Fújiàn Province during China’s Qīng Dynasty (1644–1912 CE). Initially built for the private sector and used as merchant ships, they were quick, efficient and easy to operate.  As such, the ships were soon favoured by fearless pirates like Cài Qiān 蔡牵 (1761–1809 CE), who ruled the Taiwan Strait for over a decade.

Then, the Qīng court stepped in. The Tóngān ships were introduced to the Imperial Navy by the Qiánlóng 乾隆Emperor(1735-1796 CE). The most significant class of sailing vessel in maritime China before the introduction of the steamship, they were used to suppress pirates, recapture Pēnghú, and maintain China’s naval superiority.

Intriguing history aside, the exhibition was incredible!  The story of the Tóngān ships was told through interactive and digital art installations, including holographic projection, naked-eye 3D, augmented reality, and Kinect sensor technologies. There was even a virtual reality installation of a full-size reconstruction of Tóngān ship.  I virtually sailed a 300-year-old Tóngān ship through the Taiwan Strait. I was so excited that I honestly couldn’t believe it?!

It’s at this point that I gave up on being a grown-up.  I digitally coloured in my own Tóngān ship and virtually sent it off to sea. I outfitted myself in an augmented Qīng navy uniform, constructed my own Tóngān ship, then deconstructed it, and raced a holographic Taiwanese pirate to his treasure. It was brilliant!  A totally immersive multi-sensory maritime experience which re-enacted the heyday of East Asian ocean culture during the 19th century, and which kept both kids and adults entertained!

The tale of the Tóngān ships is well worth a read, so if you get the chance, please do so. The exhibition still exists online too, so please check it out. I promise you that it is well worth a virtual visit: http://www.cityu.edu.hk/bg/exhibitions/tonganship/.

Want more like this?  Then, please subscribe to get Immersed delivered directly to your electronic door.  It’s free, you won’t be inundated, and it will appear in your inbox, every Wednesday, come rain, hail or tidal wave. 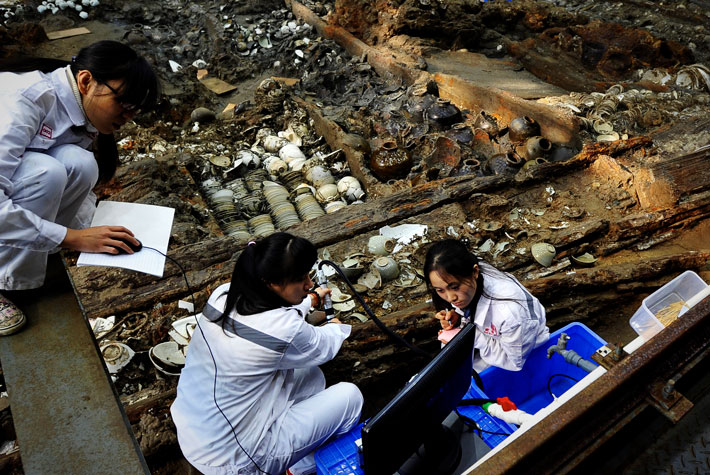 History and the Sea: an Interview with Me

Do you think of underwater archaeology when considering maritime security? Not so long ago, CIMSEC, the Centre for Maritime Security, a non-profit, non-partisan think tank established to foster the discussion on securing our seas, interviewed me about just that. 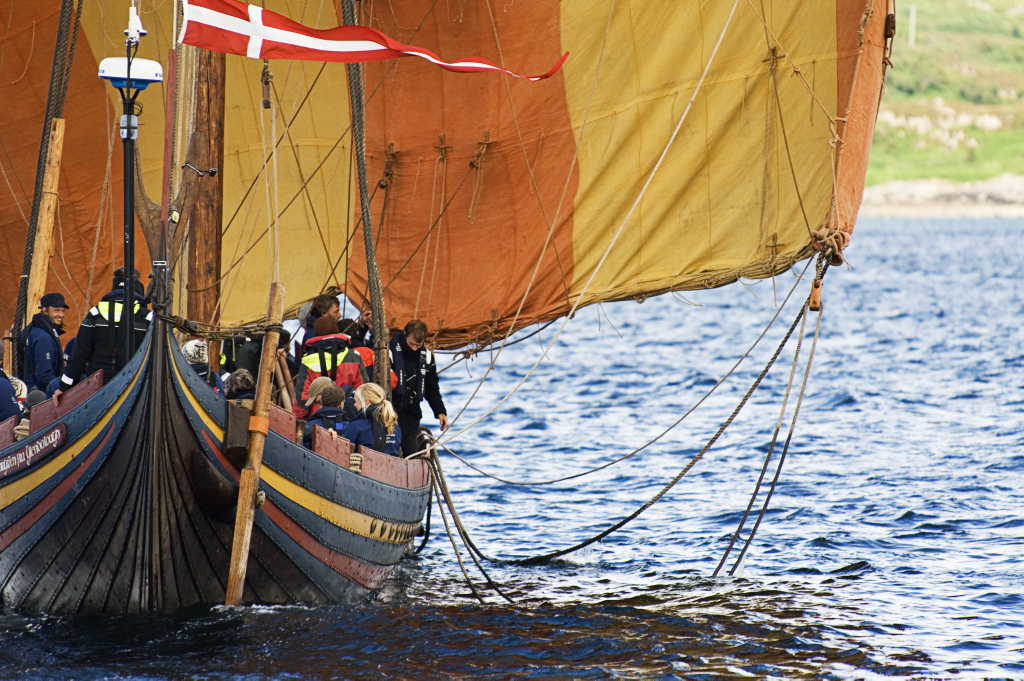 Think you’ve got the Vikings pegged? With their long blonde hair, horned helmets and sensational sagas? Well, contrary to popular belief, it wasn’t all about vengeful voyages for those sexy Scandinavians..