Founded in 1909, Dalian Maritime University (DMU) is a Project 2111 National Key University and an International Maritime Organization (IMO) Centre of Excellence. Affectionally called the cradle of navigators, DMU has, since its inception, produced more navigators than any other Chinese institution. DMU is, without doubt, the beating heart of China’s maritime industry.

Following China’s ratification of the 2003 Convention on the Safeguarding of Intangible Cultural Heritage in 2004, and in recognition of the critical need to preserve China’s navigation culture in the face of globalisation and social transformation, DMU established the Centre for Maritime History and Culture Research (CMHCR) in 2008. Charged with safeguarding China’s navigation culture, CMHCR has, over the past 12 years, grown to become home to more than twenty-one associated experts, drawn from disciplines as diverse as history, archaeology, heritage, languages and linguistics, translation and interpretation, marine engineering, navigation science and technology.

First published in Volume 46 of UNESCO’s Intangible Cultural Heritage (ICH) Courier of Asia and the Pacific, this post will highlight the vital work of this safeguarding pioneer.

Unfortunately, the threats to China’s navigation culture are many. Aging practitioners, diminishing youth interest, material shortage and industrialisation, to name but a few. Its safeguarding is, therefore, about the transfer of knowledge, skills and meaning. Per the United Nations Sustainable Development Goal (SDG) of achieving quality education (SDG4), CMHCR works with DMU’s Navigation College to strengthen and reinforce the diverse and varied the processes necessary for the continuous evolution, interpretation and transmission of navigation culture to future generations. Its Navigation Science and Technology undergraduate program, for example, balances the retention of past practices, such as celestial navigation, with the transmission of modern practices needed to adapt to the present, such as the use of Global Navigation Satellite Systems (GNSS).

Because the past is the key to the future in China, and fundamental to the DMU’s approach is the understanding that communities and knowledge-bearers are key actors for safeguarding and transmission. Engaging them is crucial for the survival of navigation cultural customs and traditions.

In establishing CMHCR, DMU had the following aims and objectives:

Research is at the centre of CMHCR’s activities, and two significant safeguarding projects are currently underway. The first, Inland Water Transport, led by CMHCR Director HAN Qing, is a two-year project funded by China’s Ministry of Transport. The projects aim to inventory, investigate and document inland navigation culture and its tangible expressions. It will result in a significant co-authored publication due out later this year.

The second project involves the documentation of Globalisation of Sino-foreign Maritime Cultural Exchange (Ocean Cultures). The first project of its kind in China, this three-year project is funded by China’s Ministry of Education. It aims to document, protect, preserve and promote China’s seafaring navigation culture and its long history and tradition of Sino-foreign maritime exchange, which commenced, to the best of our knowledge, in 111 BCE. The outcome will be a 400,000-word monograph, ten journal articles, eight policy papers, and a unique edited volume prepared in collaboration with the University of Helsinki. There are also plans to launch the edited volume with an international conference intended to promote cross-cultural dialogue on navigation culture’s safeguarding. To learn more, visit https://www.dlmu.edu.cn/. 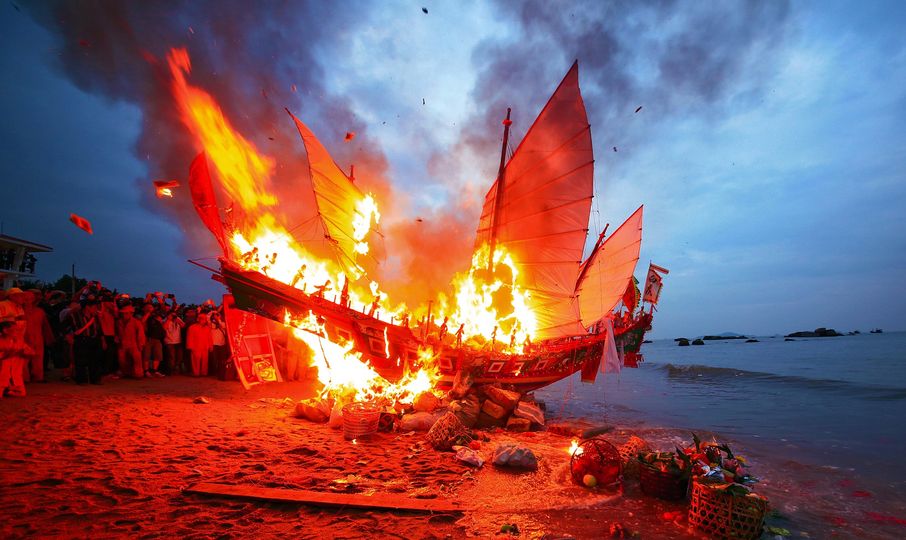